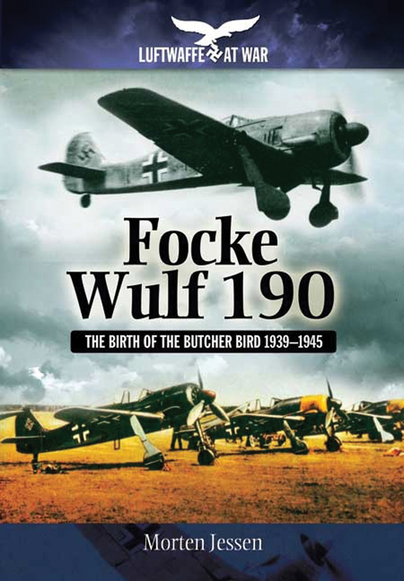 This book unsurprisingly covers the development of the FW190, a German aircraft that really was a workhorse for the Luftwaffe during WWII with its many variants allowing it to be utilised for a wide range of mission, from air superiority to bombing missions in theatres from the Eastern Front to North Africa.

The book begins by concisely covering the development of the type from its prototype to production aircraft and the many variants developed for the various missions and theatres they were deployed for. This part of the book covers many of the improvements and alterations throughout the variants of the type, their armaments and their mission types; there is also an explanation of the colours and markings used on the type.

The book then contains over a hundred fantastic photographs, a few of which are even in colour, showing the aircraft in a huge range of situations, theatres and variants all of which are all captioned to explain what they show along with any other pertinent information about the photographs. The images published included some lovely detail shots and some images of rarely seen captured aircraft and a few other unusually marked airframes.

On the whole I found the book to be a great source reference material and information, whether it be for general interest or looking at it like myself as a model maker. The publication is a great source of inspiration and information about the type for anyone interested in aircraft of this era and is a superb resource for anyone looking for photographic reference material on this extremely important aircraft.

The book is available from Pen and Sword at: http://www.pen-and-sword.co.uk/Focke-Wulf-190-Paperback/p/11806